Commuting in Austria: Past and Present

Mobility concerns us in many areas of life. A large part of it is the way to work and back home. And for a lot of people this means commuting.

There are different definitions of this term. In Germany, commuters are defined by the Federal Employment Agency as follows: “Commuters are all employees subject to social security contributions whose place of work is located in a different municipality as their place of residence.”1 Austria, on the other hand, defines commuters somewhat more generously. Here, we are talking about “people who have to travel a long way to their place of work.”2

How did commuting in Austria come about in the first place?

Commuting to and from work has a relatively short history. This begins with the increasing industrialization in the 19th century. On the one hand, there were numerous technical inventions that made it possible to get around faster.3 The railroad, the bicycle, the tramway and, last but not least, the automobile were invented during this time. This made it possible to get around without horses and led to a big change in mobility behavior, which made commuting possible in the first place.4

On the other hand, there were major shifts in the labor market and living conditions. Before industrialization, most people lived in rural areas and worked in the agricultural sector. Due to big factories opening in the cities many people moved there, which led to large urban growth. Living conditions in the cities were poor, so settlements sprang up on their outskirts. Suburbanization had started and commuting became part of life for many people. In the beginning, the new settlements were planned along railroads or tramways. But with the development and spread of the automobile, these modes of transportation became more and more obsolete. In the 1960s and 1970s, everything was focused on the car. Urban planning and housing construction focused on adapting to modern mobility needs – to the car.

As cities grew, so did the number of cars, and so did dependence on them. Soon the roads were congested. The initial enthusiasm for the car became less and with the oil crisis in 1973 a big shock went through western society. Everyone suddenly became aware of the West’s dependence on oil and slowly started rethinking. An awareness of resource consumption and pollution began to emerge.5 However, despite this change in thinking and the increasingly scarce space in cities, the commuter rate continued to rise. And it continues to do so today. But why is the commuter rate steadily increasing?

There are many reasons for the rising numbers. You can find 10 reasons here finden, but a few should also be mentioned here. For example, suburbanization. Since its emergence in the first half of the 20th century, it continues to progress. Today, however, there are other reasons for the move to the outskirts or the suburbs. One of them is that fewer and fewer people can afford to live in the city.6

In addition, there are our built structures, such as shopping centers on the outskirts of the city. These structures were only made possible by the car, and now in turn they are making people more dependent on it.7

But why are we talking about commuting at all?

Commuting is part of everyday life for about half of all Austrians, and it brings with it a number of problems. Starting with the increasingly scarce space in cities. Our cities are constantly growing and at the same time they are also a big magnet for commuters. This leads to a lack of space in the cities. But it also leads to traffic jams – and these are not good for the nerves. Commuters suffer from back pain and headaches more often.8Of course, the environmental aspect is also one of the reasons why everyone is talking about mobility. And the financial aspect should not be underestimated – especially in times of rising fuel prices and the “Klimaticket”.

So what now? How commuting is changing in Austria.

Since the 2000s, we have been in a process of change in mobility that can be compared to the time of industrialization. The two biggest drivers of this are electromobility and digitization. Although electromobility played an important role at the beginning of the history of the automobile, the internal combustion engine quickly prevailed. With the change in thinking in the 1990s, electric cars were again being tinkered with. Around 2010, a number of electric cars came onto the market, and more and more have been coming since then.9 But electric cars can only solve a small part of the problems we face with commuting.

The second big driver of change is digitization. It makes new mobility concepts possible, such as the use of sharing services, or allows existing ideas, such as ride-sharing services, to be revived. Digitalization makes it possible for us to fundamentally change our mobility behavior. Travelers can easily plan routes and buy tickets instantly from home. Sharing models have emerged that allow more efficient use of resources. And with the right app on your smartphone you can even unlock cars. Spurred on by the Covid pandemic, home office and video conferencing have become more widely accepted. And for those who still rely on the car? For them, there are a variety of apps that provide ridesharing and similar services. Fluidtime has also developed one of these apps, here is more information about it. 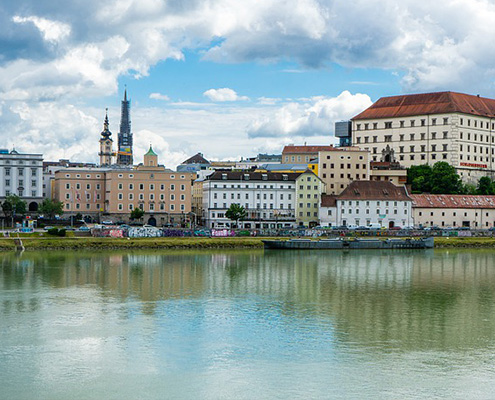 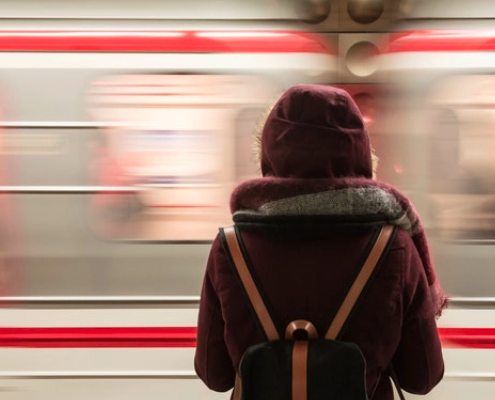 We use cookies to personalize content, provide social media features, and analyze traffic to our website. We also share information about your use of our site with our analysts. Our partners may aggregate this information with other information you have provided to them or collected in connection with your use of the services.

We use cookies to personalize content, provide social media features, and analyze traffic to our website. We also share information about your use of our site with our analysts. Our partners may aggregate this information with other information you have provided to them or collected in connection with your use of the services.

When you visit our website, we store:
- the website from which you visit us,
- the parts of our website that you visit
- the date and duration of your visit,
- your anonymized IP address,
- information about the device (device type, operating system, screen resolution, language, country you are in and web browser type) you use during your visit.

We process usage data for statistical purposes, to improve our site, and to detect and stop abuse in Matomo Analytics. These cookies collect information that is used in aggregate form to track how our site is used. The data collected is anonymized before being stored on Fluidtime's own server.

We also use various external services such as Google Web Fonts, Google Maps and external video providers. As these providers may collect personal data such as your IP address, we allow you to block them here. Please note that this can seriously affect the functionality and appearance of our website. Changes will take effect as soon as you reload the page.